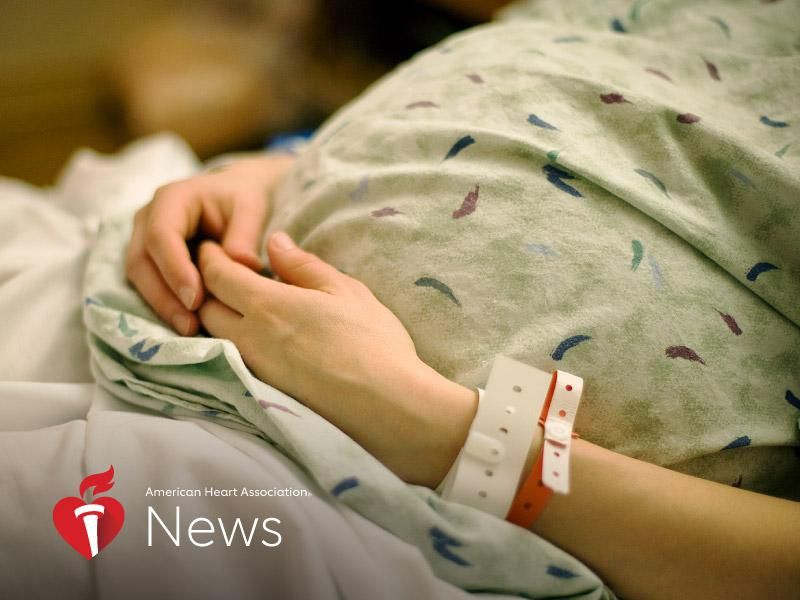 Physically removing a blood clot in the brain is a safe and effective treatment for pregnant women having a stroke, a new study suggests.

The most common type is ischemic stroke, where a clot blocks blood flow in the brain. Mechanical thrombectomy -- where a surgeon threads a catheter through an artery to remove a large clot -- became a standard treatment in 2015 after a series of landmark studies.

So, Al-Mufti, associate chair of neurology for research at New York Medical College in Valhalla, and his team turned to big data. They used a database called the National Inpatient Sample to identify 52,825 women hospitalized with strokes between 2012 and 2018. Of those women, 4,590 were pregnant or had just given birth. And of those women, 180 had been treated with mechanical thrombectomy.

The study first compared those 180 pregnant or postpartum women with 48,055 non-pregnant women who also had a mechanical thrombectomy. After the procedure, the pregnant group was less likely to have dangerous bleeding inside the skull, called intracranial hemorrhage.

The pregnant women tended to be younger, with an average age of 33, compared to 71 for the larger non-pregnant group. But the pregnant women were more likely to have had more severe strokes.

The study also compared pregnant women who had mechanical thrombectomy with 4,410 pregnant or postpartum women who had their strokes treated medically -- such as with clot-dissolving medication, Al-Mufti said. This analysis involved selectively matching women whose situations were as similar as possible, although researchers said they lacked data on race.

In this comparison, both groups were similar in their rates of intracranial hemorrhage and post-birth complications and in how well they could function when they left the hospital. Pregnancy complications were less common after mechanical thrombectomy than medical management (44% versus 64%), and no one in the thrombectomy group experienced miscarriage.

The mechanical thrombectomy group did have a higher rate of dangerous blood clots in large veins, often in the legs, called deep vein thrombosis, or in the lungs, called pulmonary embolism.

Al-Mufti said this could be because those patients have longer hospital stays, and immobility can lead to such clotting. Or it could be the women in this group were predisposed to intense clotting and more severe strokes, he said. "I don't believe that there was a causation here, simply a correlation."

Dr. Sadiya Khan, an assistant professor of medicine and preventive medicine at Northwestern University Feinberg School of Medicine in Chicago, said the study shows the importance of research about pregnant and postpartum women.

Khan, who was not involved in the study, said pregnancy strains women's bodies, making them more prone to blood clots and inflammation, which could lead to strokes. But physicians don't always have solid data to guide treatment because "it can be risky to include pregnant women in research due to concerns about safety for both the woman and the fetus," she said. "But it's also unfair to systematically exclude them from all research when that data is necessary for them."

The study had limits, Khan said. Stroke rates differ among racial and ethnic groups -- risk of stroke is higher, for example, in Black people than in white people -- so studies need to include race and other social determinants of health when available. Al-Mufti said the study did have race data but could not confidently control for it in their analysis because some of the racial entries were missing.

Khan said it also would be helpful to see data about blood pressure-raising conditions such as preeclampsia that can increase a pregnant woman's stroke risk.

Limitations aside, she said, the study offers helpful indications that for pregnant and postpartum women, "it would be safe to proceed with mechanical thrombectomy, which may offer the best long-term outcome."

Al-Mufti said the study suggests pregnant stroke patients should be monitored carefully for blood clots as they recover. And overall, it tells doctors they should not be wary about using mechanical thrombectomy in pregnant women. "Quite the contrary, endovascular therapy can be very efficacious and very helpful in this patient population."