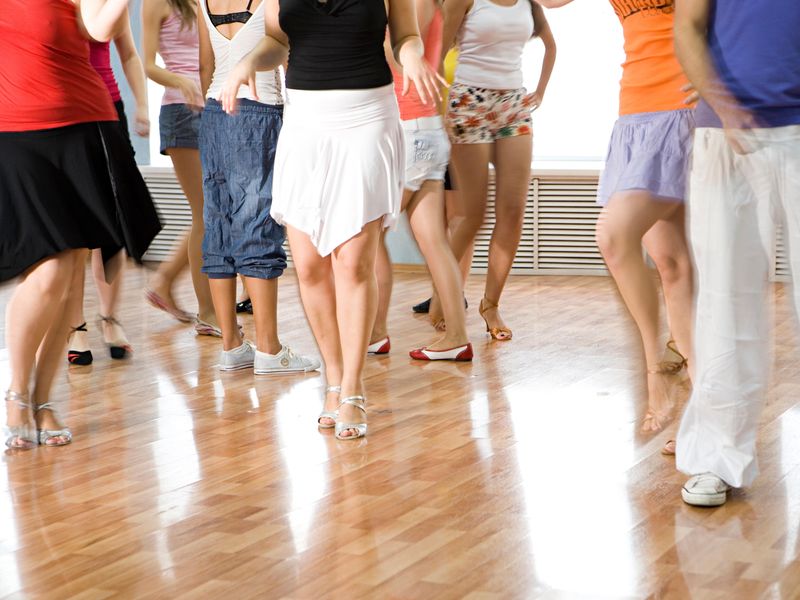 Salsa Is Smart: Latin Dance May Boost Your Aging Brain

Latin dance classes may be a great workout and social outlet, but new research suggests that learning the intricate steps of the salsa, samba and merengue may also improve your memory.

In the study, a Latin dance program was offered to more than 300 Spanish speakers over four years at 12 different sites in Chicago.

After eight months of classes, assessments found significant improvement in participants' working memory scores. Working memory is a type of short-term memory used to keep small amounts of information in mind while partaking in other cognitive tasks.

"We think it worked for several reasons. More time being spent active, that could be a reason. It could be the different components of the dance program itself," said study author Susan Aguinaga, who worked on the program from its inception while a graduate student at the University of Illinois in Chicago. She is now a professor of kinesiology and community health at the University of Illinois at Urbana-Champaign.

It could also simply be the music that's playing, intriguing dance styles or an activity that's aerobic, which has previously been shown to improve cognitive performance, Aguinaga said.

"The takeaway is definitely finding an activity that is enjoyable, that is appealing. And if dancing is that activity that provides enjoyment and physical activity and social support, then I think this is an activity that should be promoted more," Aguinaga said.

The study was a randomized, controlled trial that tested BAILAMOS (Balance and Activity in Latinos, Addressing Mobility in Older Adults), which was co-created by study co-author David Marquez, director of the Exercise and Psychology Lab at the University of Illinois, Chicago, and Miguel Mendez, creator and owner of the Dance Academy of Salsa in Illinois. The program includes merengue, salsa, bachata and cha-cha-cha dancing.

In the study, just over 330 Spanish-speaking Hispanic adults were assigned either to twice weekly dance sessions for eight months or to the control group, which had once-weekly health education classes for four months.

The dancers were led by a professional instructor for the first four months, then during the "maintenance phase" were led by participants assigned as "program champions" for their leadership skills and enthusiasm.

While the study found no difference between the groups in cognitive tests at four months, after eight months people in the dance group had better scores.

In dance classes, a person learns several steps and then need to recall those steps the following week and turn them into sequences, Aguinaga explained. Researchers thought the process of recalling steps could target different aspects of memory, but in a fun way.

See how much fun seniors had learning Latin dances in the video below:

About 12% of older Hispanics in the United States currently are living with an Alzheimer's disease diagnoses, the study noted. That number is estimated to increase by 832% by 2060.


"For older Latinos, the thought of promoting dance as exercise is very appealing, given that older Latinos are familiar with dance in some way. They've grown up with it, maybe they've danced in the past and it's something that they enjoy," Aguinaga said. "It might not even be perceived as exercise because it's a fun activity."

About 85% of the study participants were women. They had an average age of 65 and their BMI (body mass index) would categorize them as obese.

A similar program could potentially benefit people of other races and ethnicities if organizers promoted dances and music that was appealing to whatever population they were targeting, she added.

The findings were published recently in Frontiers in Aging Neuroscience.

Dr. Zaldy Tan is medical director of the Jona Goldrich Center for Alzheimer's and Memory Disorders at Cedars-Sinai Medical Center, in Los Angeles. He said, "I think that's one of the strengths of the study is that the population studied and intervention were appropriate and consistent," noting that the program was specific and culturally sensitive.

Tan said past research on physical activity has been consistent in that it seems to help people maintain their memory and their thinking skills. One of his own studies found that people who had higher rates of physical activity had more robust brains and a lower risk of dementia.

"The exact mechanism is unclear. Certain theories include the fact that exercise produces better blood flow and improves circulation, and improves vascular health. Of course, the brain is a very vascular organ. It requires a lot of blood flow, a lot of oxygen. So, that's one way that it could benefit it," Tan said.

Senior and community centers are in a great position to create programs like this, though the pandemic has hampered in-person classes for seniors, he noted.

Tan said that while healthy diet, sleep and socialization are all important, exercise is the number one intervention he recommends to patients who have memory issues, or those who may not yet have memory problems but are interested in preserving their health.

"There are really multiple benefits associated with that. Increased strength, better balance, improved memory and, overall, increased cardiovascular health," Tan said. "It's something that definitely we should be encouraging."

The U.S. National Institute on Aging has more on aging and physical activity.