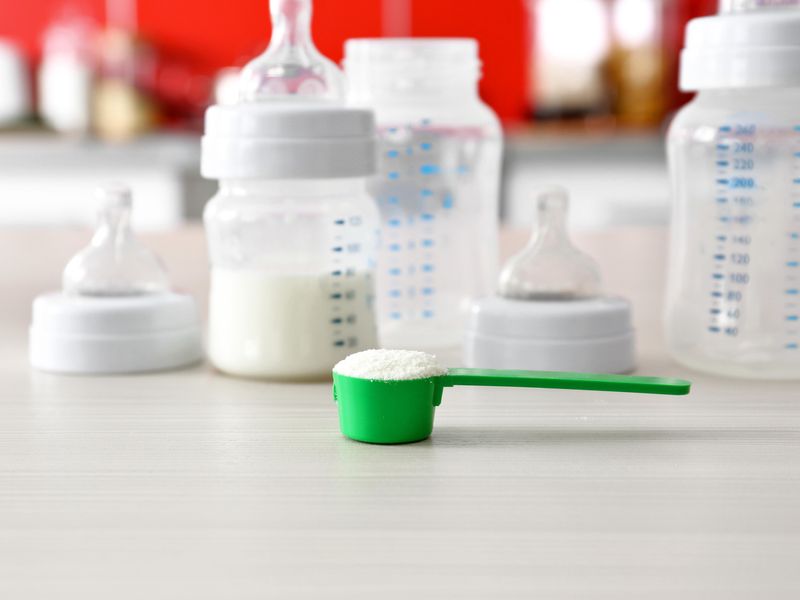 Supply chain issues around the world are fueling a shortage of baby formula -- and the problem is only getting worse.

About 40% of the top-selling baby formula products were out of stock during the week ending April 24 in the United States, CBS News reported. That’s an increase from just 11% in November and still a large bump from 31% on April 3.

"We've been tracking it over time and it's going up dramatically. We see this category is being affected by economic conditions more dramatically than others," Ben Reich, CEO of Datasembly told CBS News.

In some states shortages were more severe, including Iowa, South Dakota and North Dakota, which had shortages of 50% or more, Missouri at 52%, Texas at 53% and Tennessee at 54%. Between 40% and 50% of baby formula products were out of stock in 26 states.

Three-quarters of babies in the United States receive some formula products within their first six months of life, so this affects a lot of families.

At issue is trouble getting key ingredients, problems with packaging, labor shortages and a formula recall early this year.

"This is a shocking number that you don't see for other categories," Reich said.

Among the causes was a widespread recall in February of Abbott Nutrition powdered baby formula products amid reports of illnesses in babies. Last week, the U.S. Food and Drug Administration warned consumers not to use any of the recalled products manufactured at Abbott Nutrition's Michigan facility because of unclean conditions.

Stores have been limiting sales of the products in response to the shortages. A Walgreens spokesperson said the chain limits customers to three infant and toddler formula products during each transaction, the same number cited by CVS Health. Target is limiting customers to four products, CBS News reported.

"Product supply challenges are currently impacting most of the retail industry,” a CVS Health spokesperson said. The company is working with "national brand baby formula vendors to address this issue and we regret any inconvenience that our customers may be experiencing.”

Meanwhile, prices have risen on about 18% on the most popular products, CBS News reported.

The Infant Nutrition Council of America has asked parents to not stockpile products while encouraging them to keep a 10-day to two-week supply.

The American Academy of Pediatrics has tips for what parents can do during the formula shortage.